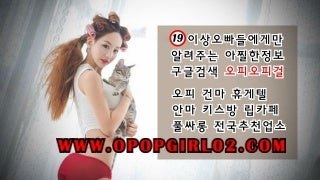 MADRID Pope Benedict XVI complained Friday that modern society has a certain "amnesia" about God as he lamented the dwindling of the faith during a visit to Spain, a once-staunchly Catholic country that has seen the church's grip on society fall dramatically since the end of the Fascist dictatorship of Francisco Franco.

Benedict was speaking in general terms about the secularization that has taken hold in much of the West in a speech to a few hundred adoring young nuns gathered in El Escorial monastery, a UNESCO world heritage site about 30 miles northwest of the capital.

Benedict, in Spain to celebrate the church's World Youth Day, told them their decisions to dedicate their lives to their faith was a potent message for today's world.

"This is all the more important today when we see a certain eclipse of God taking place, a kind of amnesia which albeit not an outright rejection of Christianity is nonetheless a denial of the treasure of our faith, a denial that could lead to the loss of our deepest identity," he said.

Benedict's main priority as pope has been to try to reawaken Christianity in places like Spain. He has traveled here three times as pope an indication that he views it as a key battleground in his bid to remind Europe of its Christian heritage and the need for God to retake a place in daily life.

Like in much of Europe, the church in Spain has seen its influence wane in recent decades: its stance on women, equality, gay rights and abortion have alienated an increasingly educated and sophisticated middle class.

But Spain's religious apathy also stems from the memories of its 1936-1939 civil war and aftermath, when the church was tightly linked to Franco's repressive government, which ended in 1978.

Franco's military revolt pitted Spain's conservative aristocracy, some of its army and __ __ church against a left-leaning democratically elected Republican government.

Internecine violence led to churches being burned and dozens of priests and nuns being murdered in a conflict that saw atrocities committed on all sides.

After the war and because of its support of Franco, the church was granted many privileges, including a major role in overseeing public education.

A vestige of the war is the Valley of the Fallen, a monumental mausoleum Franco built for himself about 1.5 miles east of El Escorial. Though he was in the area Friday, Benedict made no stop at the monument, which is popular with tourists but remains a painful and divisive reminder for many Spaniards of the war and its aftermath.

Spain's Socialist government would like to defuse the overtly victorious monument and transform it into a symbol of reconciliation.

Vatican spokesman the Rev. Federico Lombardi confirmed the proposal had been raised and received attention during the meeting with Cardinal Tarcisio Bertone, the Vatican No. 2. But he said he couldn't make any comment on the Vatican's reaction.

Also Friday, Benedict met with Catholic university professors at El Escorial, saying he was reminded of his own days as a young theology professor in the years after World War II.

"At the time, the wounds of war were still deeply felt and we had many material needs," the 84-year-old German pontiff recalled. But he said those needs were taken care of by the "passion" he and his colleagues felt to respond to the heady questions about life and the search for truth posed by their students.

He urged the professors to not just educate today's young in the "technical ability" they may need to enter the work force, but to guide them in pondering those loftier questions which he said embrace "the full measure of what it is to be human."

"We know that when mere utility and pure pragmatism become the principal criteria, much is lost and the results can be tragic," he said, adding: "From abuses associated with a science which acknowledges no limits beyond itself, to the political totalitarianism which easily arises when one eliminates any higher reference than the mere calculus of power."

His speech, dense and professorial as befits both speaker and audience, received a thunderous applause from the academics, who were decked out in their colorful tasseled caps and gowns in El Escorial's basilica.

That Benedict chose to deliver his messages in El Escorial is significant: The massive granite structure constructed by King Philip II in 1559 was his seat of power over a vast empire whose overwhelming international concern was defending the Catholic faith from what it considered the threat of Protestantism and the Reformation.

The building acted much like the White House and the Pentagon at the height of Spain's international power, throwing its weight and organizational ability behind the Vatican.

"This is a moment for unity and reflection, it's a spiritual awakening," said Sister Maria Sandoval, a 58-year-old nun who traveled from Medellin, Colombia for the event.

Despite Benedict's oft-repeated lament about the disappearance of God from daily life in Europe, he has no better evidence that Catholicism is alive and well than the World Youth Day celebrations under way in Madrid, the reason he is here.

Some 500,000 people from nearly 200 countries have signed up to participate in the weeklong prayer fest, which the church sees as a way to spread the faith to new generations. News reports say nearly twice as many may take part in the final Mass on Sunday.

Twelve lucky participants had lunch with the pope Friday, including 29-year-old Sylvie Kambau, from the Democratic Republic of Congo. Kambau, who presented Benedict with a wooden statue, said the luncheon was "magnificent."

"He was a very simple person, very accessible," she told Associated Press Television News. "He received us like a father with his simplicity. He listened to us, he listened to us more than he spoke to us and it was a fantastic moment we had with him."

Late Friday, Benedict participated in a re-enactment of the death and crucifixion of Christ, a mainstay of World Youth Days. Meditations read out during the solemn service included prayers for young victims of war, poverty and sexual abuse, though there was no explicit reference to sexual abuse by priests.